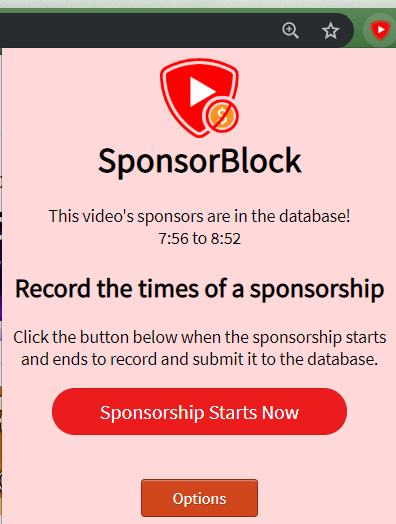 Before, it attempted to communicate with the tab right when the popup was open. However, if the tab was not a youtube.com tab, it would not have the content script added to receive the communications. This was fixed by only sending a message when the popup knows the tab is ready.

These pages don't have videos that need sponsors removed.

When you hit the "Sponsorship Starts Now" button, it transforms into "Sponsorship Ends Now", this should update whenever a change in what has been recorded has happened.

It uses a uuid generator and generates a uuid only if needed.

This makes the "Submit Sponsor Times" button only be visible when something can be submitted to the database.

By being a white icon, it does not stand out when in the player and looks normal.

It now reports correct codes such as error code 429 for a ratelimit.

This should help prevent spammers and trolls. 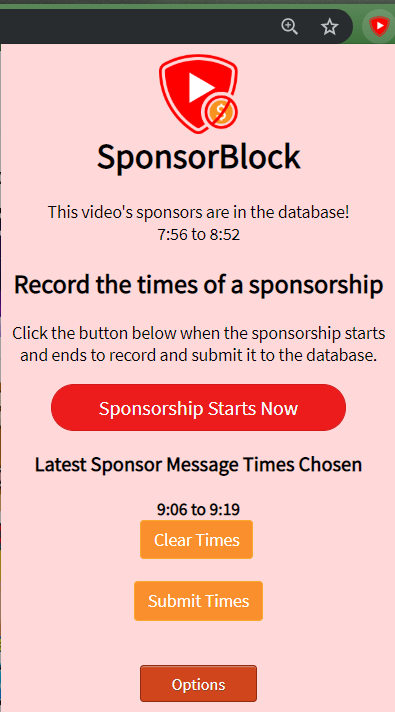