Before, the app would only tell a user they forgot something when there was a default option available that was not possible to be true. This would not let the user submit until they set it to a valid option.

The app was crashing on tablets due to the tablet layout not having variables named correctly. This has been fixed.

The server now allows scout names to be edited in the user list. This makes it much easier to swap people out for new people, instead of adding a whole new user and deleting the old one.

Buttons to move a name up and down

The name order affects which shift each scout is on, the order is now easily changeable with an up and down button on each name.

This is a very important feature that probably should have been implemented far before now.

Before the user gets to the scouting page, they are on a start page. Now, the bluetooth listeners (used to sync data) start up on this page as well, making it possible to pull data from this page instead of requiring users to open up the full scouting app.

This will simplify the data pulling a lot.

Schedule viewer for the user

The user can now see their schedule in the start screen. This makes it much easier to plan around when they must be scouting versus not scouting.

This works by getting the time off and time on of each user and showing when that happens. This makes the user know when they can leave and take a break from their work.

This was accomplished by caching some of the data from the actual app, so that it can be ready to be sent. This is because some of the data (specifically the labels), are dynamically generated in the app by going through all the open views and finding what buttons, checkboxes, etc. are there.

Above the schedule, it also shows the last update time to make sure the user knows if the schedule might be out of date (as they can't be synced constantly since it is synced over bluetooth only when the server device is nearby). 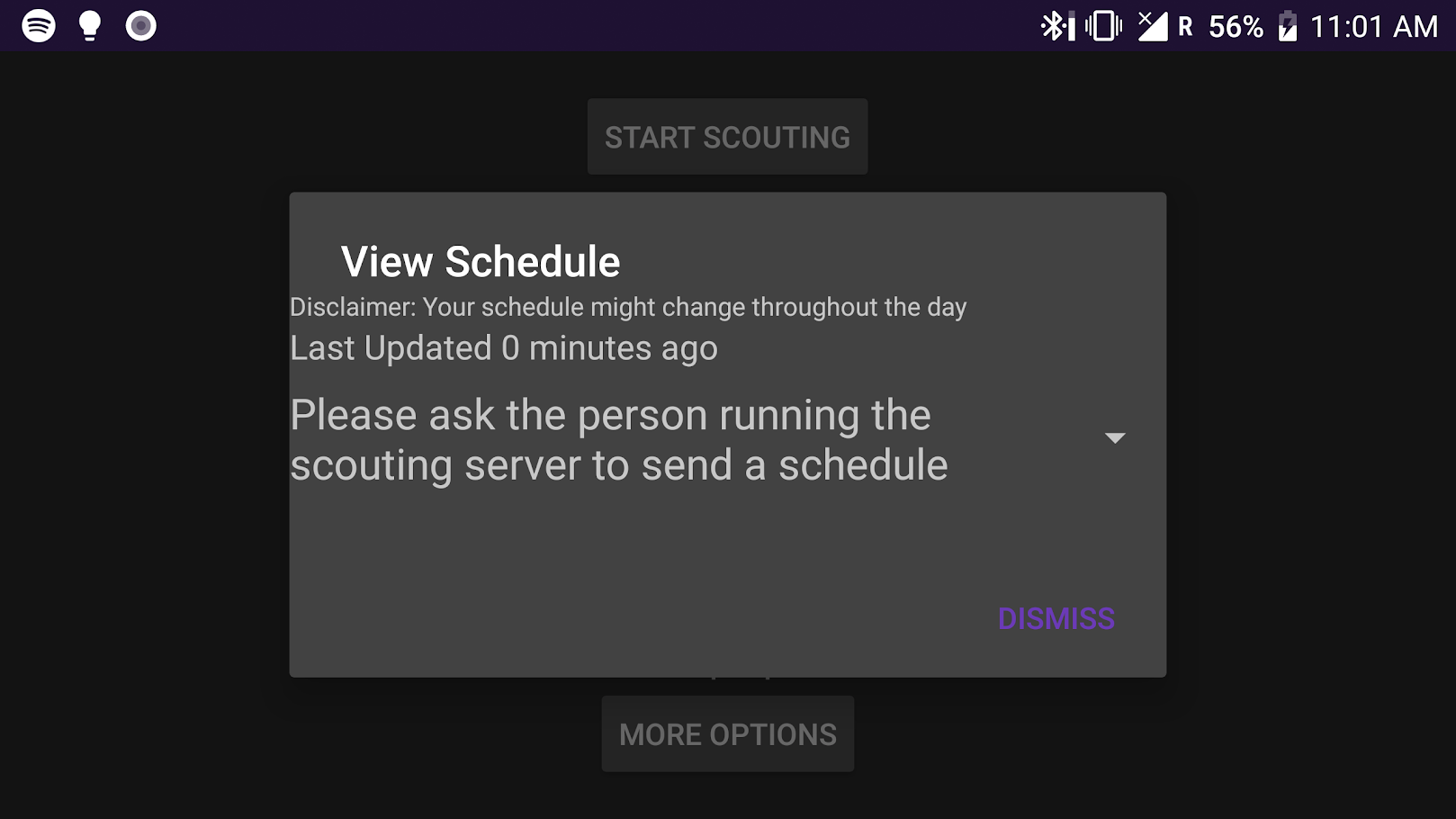 Many people were confused when the list of names was empty and just said "choose one", so it now informs the user to ask the person running the server to send them a copy of the schedule and names list. This should make people less confused about the situation and ask less questions. This can be seen in the screenshot above.